It was a busy week during my run-up to my  first Spring Cook. I finally got rid of an older Weber 22.5 grill. Prior to my WSM this was my primary rotisserie and smoking rig. Once I got the WSM proper, I stopped using this unit at all. It breaks my heart to see a Weber go unused. Hopefully it went to a good home and not picked up by some anonymous scrapper to turn into slag.

First day of Spring in Philly 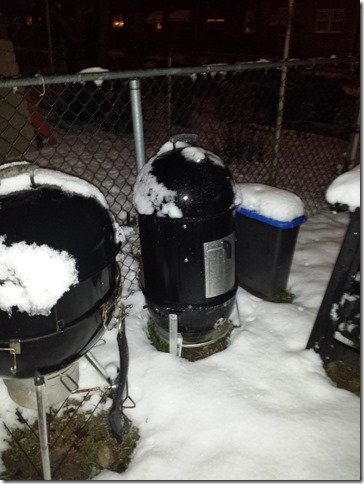 Thankfully there’s not much snow and ice on my smoker. Was able to clean it up the night before to get it ready for my first real smoke of the season.

You know the routine so here goes: 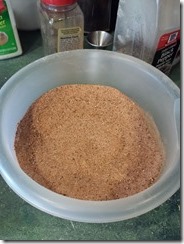 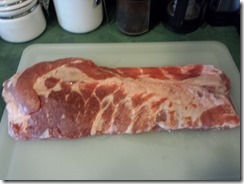 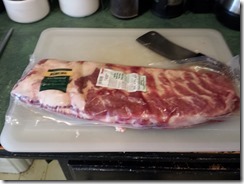 Putting on the mustard:

I’ve been reading alot about Harry Soo and his Competition winning team, Slap Yo Daddy BBQ. Harry is renowned for using only WSMs in his competition cooks and will beat teams with $15,000 computer controlled PIP systems. Which in turn gives me hope because all I use is a WSM in my backyard.

One thing Soo recommends is not controlling the WSM with the bottom dampers at all but to leave one open and control the cooker with the top only.  (Harry’s Article)

This goes in the face of everything you read about leaving the top wide open and using the bottom to control airflow. It sounds counter intuitive. You would think that you would be inviting bad tasting smoke to ruin your food. But the WSM un-modded is very leaky. The area around the door leaks, as does the lid and the top ring. So air is always entering and exiting the unit around these areas.

Another thing he recommends for new users is to use the WSM without filling the water pan, but foiling it twice instead.

This allows for easier clean up as there isn’t that nasty “bong water” left over after a smoke. I’ve read of some folks doing this, or filling their water pan with sand, or terra cotta plates to act as a heat sink. For me, having the water helped temper any rapid fluctuations with the temps because you have this huge amount of water absorbing any extra heat. Plus it added moisture to the smoking chamber. However now, the heat inside the smoker is dry and you need to compensate with spraying the meat once an hour to prevent it from over drying. But the bark formation is definitely more pronounced doing it without water in the pan. 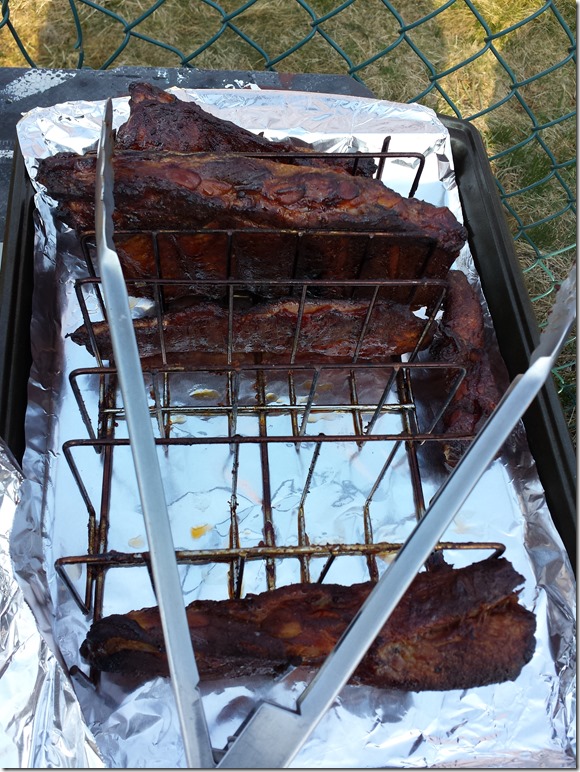 After 2 hours in the foil:

Sauced  and going back on for the last hour: 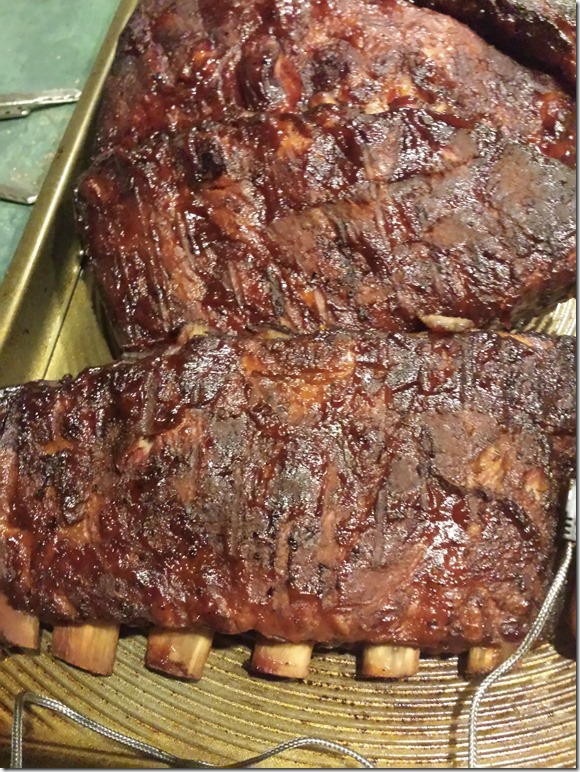